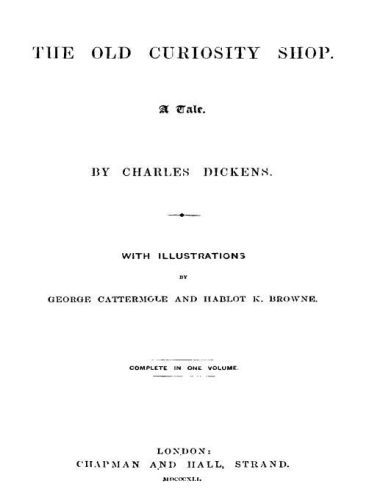 Penguin Classics e-books give you the best possible editions of Charles Dickens's novels, including all the original illustrations, useful and informative introductions, the definitive, accurate text as it was meant to be published, a chronology of Dickens's life and notes that fill in the background to the book. The Old Curiosity Shop and the tale of Little Nell gripped the nation when it first appeared in 1841. Described as a 'tragedy of sorrows', it shows Nell uprooted from a secure and innocent childhood and cast into a world where evil takes many shapes, the most fascinating of which is the stunted, lecherous and demonic Quilp. Blending realism with non-realistic genres such as fairy-tale, allegory and pastoral, The Old Curiosity Shop contains some of Dickens most memorable comic and grotesque creations, including the dwarf Daniel Quilp, Dick Swiveller and Kit Nubbles.