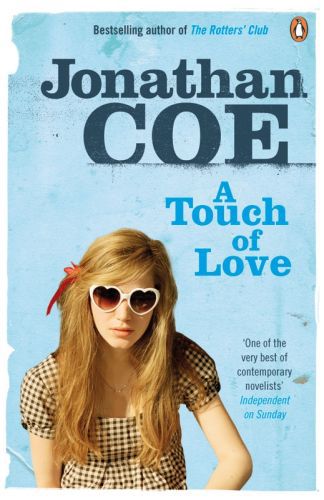 A Touch of Love

A Touch of Love is Jonathan Coe's delightfully comic and moving novel about not fitting inRobin, a postgraduate student in Coventry, has spent four and a half years not writing his thesis. He and his academic colleagues, united by pallor, social ineptitude and sexual inexperience, once spent hours discussing their theories, but they somehow never made it into print.Now his unfinished thesis languishes in a drawer, and Robin hides in his room, increasingly frightened by a world he doesn't understand. His friends have failed him and romance eludes him. His only outlet is his short stories, scribbled in notebooks and expressing his secret obsessions and frustrations.Then, when an unfortunate and embarrassing incident in a public park lands him in serious trouble, Robin's life finally spirals out of control. . .A Touch of Love is a brilliant, bittersweet book that will be enjoyed by readers of David Nicholls, Nick Hornby and lovers of comic fiction.'A magnetic, moving tale' Observer'Very funny' The Times Literary Supplement'Witty and astringently intelligent' GuardianJonathan Coe's novels are filled with biting social commentary, moving and astute observations of life and hilarious set pieces that have made him one of the most popular writers of his generation. His other titles, The Accidental Woman, The Rotters' Club (winner of the Everyman Wodehouse prize), The Terrible Privacy of Maxwell Sim, The House of Sleep (winner of the1998 Prix Médicis étranger), What a Carve Up! (winner of the 1995 John Llewellyn Rhys Prize) and The Rain Before it Falls, are all available as Penguin paperback.