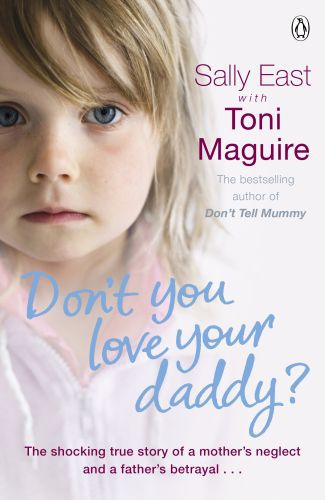 Don't You Love Your Daddy?

The deeply shocking story of a mother's neglect and a father's betrayalSally East's heartwrenching story starts when she was only three. It was then that her father first touched her inappropriately, as he started to groom her for the future. Sally's mother, a woman who suffered from manic depression, neglected her on her 'bad days', as Sally called them. She would turn her face to the wall and ignore her small daughter. But Sally loved her mother and waited for the 'good days' to return.When she was only six, Sally's mother died. Then when Sally most needed to feel secure, safe and loved, she paid a price that nearly destroyed her: with his wife dead, Sally's father felt free to abuse his daughter whenever he wished. The conflict of wanting to be cared for by the same person who was violating her sowed the seeds of self loathing - something that would haunt her for many years to come until the death of her father.Now in a supportive relationship and with two children of her own, Sally has at last found happiness. Bestselling author Toni Maguire not only puts a voice to Sally's heart-rending story but shows the long-term damage that child abuse does.