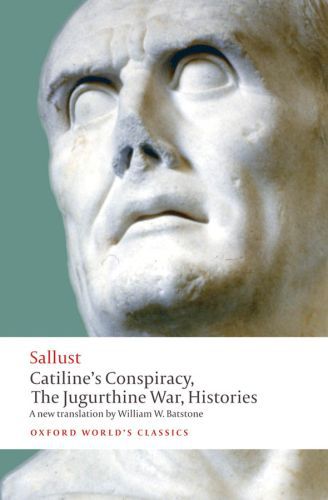 The glory of wealth and physical beauty is fluid and fragile; but virtue is held brilliant and eternal' The Roman historian Sallust lived through troubled times. He deplored the moral and political decline of the Republic, and in his two monographs he set out to exemplify the reasons for the years of civil strife. Catiline's Conspiracy is an account of the rebellion against the state led by the disaffected Catiline. For Sallust it was 'especially memorable because of the unprecedented nature of the crime and the danger it caused'. Rome's fight against the king of Numidia in The Jugurthine War is a graphic depiction of power struggles in Rome and brutal battles in Africa that eventually resulted in the capture of Jugurtha.

Sallust's abrupt and distinctive style is the perfect vehicle for his moral urgency, bitter condemnation, and satirical cynicism. This new translation, which also includes Sallust's fragmentary Histories, captures his effects in an accessible English idiom, and provides a comprehensive introduction to his work as history and literature.
ABOUT THE SERIES: For over 100 years Oxford World's Classics has made available the widest range of literature from around the globe. Each affordable volume reflects Oxford's commitment to scholarship, providing the most accurate text plus a wealth of other valuable features, including expert introductions by leading authorities, helpful notes to clarify the text, up-to-date bibliographies for further study, and much more.