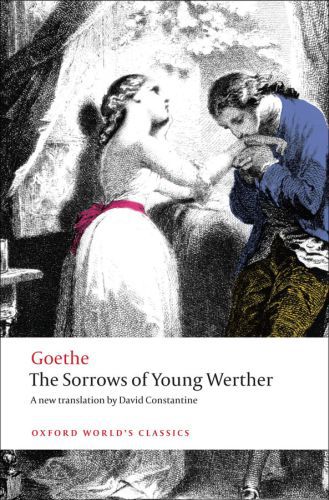 The Sorrows of Young Werther

I have so much and my feeling for her devours everything, I have so much and without her everything is nothing.' The Sorrows of Young Werther propelled Goethe to instant fame when it first appeared in 1774. Goethe drew on his own unhappy experiences to tell the story of Werther, a young man tormented by his love for Lotte, a tender-hearted girl who is promised to someone else. Overwhelmed by his feelings, Werther begins to see only one way to escape from his anguish.

Goethe's story of a sensitive young artist alienated from society channelled the Romantic sensibility of the day and led to a wave of imitations. Werther's searching introspection and the passionate intensity with which he bares his soul have an immediacy that is all the more powerful for being expressed in letters; charting the course of his emotions, they give added drama to the unfolding account. David Constantine's new translation captures the novel's lyric clarity, and his introduction and notes illuminate Goethe's achievement.
ABOUT THE SERIES: For over 100 years Oxford World's Classics has made available the widest range of literature from around the globe. Each affordable volume reflects Oxford's commitment to scholarship, providing the most accurate text plus a wealth of other valuable features, including expert introductions by leading authorities, helpful notes to clarify the text, up-to-date bibliographies for further study, and much more.