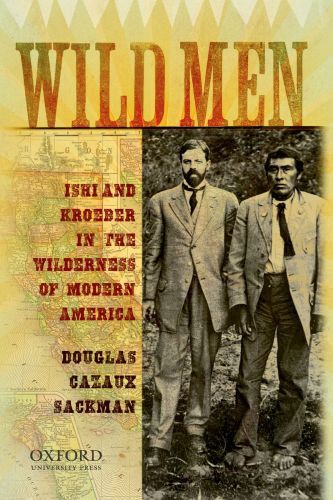 Wild Men: Ishi and Kroeber in the Wilderness of Modern America

When Ishi, "the last wild Indian," came out of hiding in August 1911, he was quickly whisked away by train to San Francisco to meet Alfred Kroeber, one of the fathers of American anthropology. When Kroeber and Ishi came face to face, it was a momentous event, not only for each man but also for the cultures they represented. Each stood on the brink--one was in danger of losing something vital while the other was in danger of disappearing altogether.

Ishi was a survivor, and he viewed the bright lights of the big city with a mixture of awe and bemusement. What surprised everyone is how handily he adapted himself to the modern city while maintaining his sense of self and his culture. Kroeber was professionally trained to document Ishi's culture and his civilization. What he didn't count on was how deeply working with the man would lead him to question his own profession and his civilization--how it would rekindle a wildness of his own. Although Ishi's story has been told before in film and fiction, Wild Men is the first book to focus on the depth of Ishi and Kroeber's friendship. Exploring what their intertwined stories tell us about Indian survival in modern America and about America's fascination with the wild, this text is an ideal supplement for courses on Native American history, the U.S. West, and the history of California.