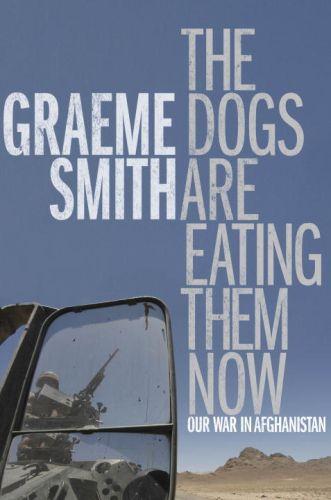 The Dogs Are Eating Them Now

For readers of War by Sebastian Junger, We Wish to Inform You That Tomorrow We Will Be Killed With Our Families by Philip Gourevitch, and The Forever War by Dexter Filkins: The Dogs Are Eating Them Now is a raw, uncensored account of the war in Afghanistan from a brilliant young reporter who for several years was the only Western journalist brave enough to live full-time in the dangerous southern region.
The Dogs are Eating Them Now is a highly personal narrative of our war in Afghanistan and how it went dangerously wrong. Written by a respected and fearless former foreign correspondent who has won multiple awards for his journalism (including an Emmy for the video series "Talking with the Taliban") this is a gripping account of modern warfare that takes you into back alleys, cockpits and prisons--telling stories that would have endangered his life had he published this book while still working as a journalist.
From the corruption of law enforcement agents and the tribal nature of the local power structure to the economics of the drug trade and the frequent blunders of foreign troops, this is the no-holds-barred story from a leading expert on the insurgency. Smith draws on his unmatched compassion and a rare ability to cut through the noise and see the broader truths to give us a bold and candid look at the Taliban's continued influence--and at the mistakes, catastrophes and ultimate failure of the West's best intentions.