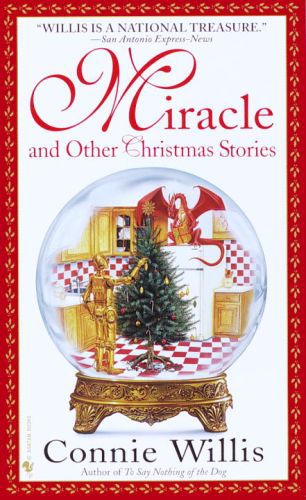 Miracle and Other Christmas Stories

The winner of multiple Hugo and Nebula Awards, Connie Willis capture the timeless essence of generosity and goodwill in this magical collection if Christmas stories. These eight tales-two of which have never before been published-boldly reimagine the stories of Christmas while celebrating the power of love and compassion. This enchanting treasury includes:
"Miracle," in which a young woman's carefully devised plans to find romance go awry when her guardian angel shows her the true meaning of love
"In Coppelius's Toyshop," where a jaded narcissist finds himself trapped in a crowded toy store at Christmastime
"Epiphany," in which three modern-day wisemen embark on a quest unlike any they've ever experienced
"Inn," where a choir singer gives shelter to a homeless man and his pregnant wife-only to learn later that there's much more to the couple than meets the eye
And more
From the Paperback edition.