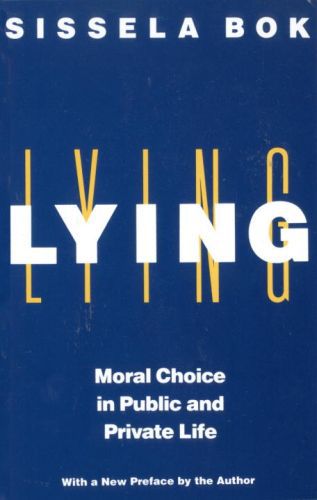 Is it ever all right to lie? A philosopher looks at lying and deception in public and private life@95@mdash;in government, medicine, law, academia, journalism, in the family and between friends.@16@@16@@18@Lying @19@is a penetrating and thoughtful examination of one of the most pervasive yet little discussed aspects of our public and private lives. Beginning with the moral questions raised about lying since antiquity, Sissela Bok takes up the justifications offered for all kinds of lies@95@mdash;white lies, lies to the sick and dying, lies of parents to children, lies to enemies, lies to protect clients and peers. The consequences of such lies are then explored through a number of concrete situations in which people are involved, either as liars or as the victims of a lie.