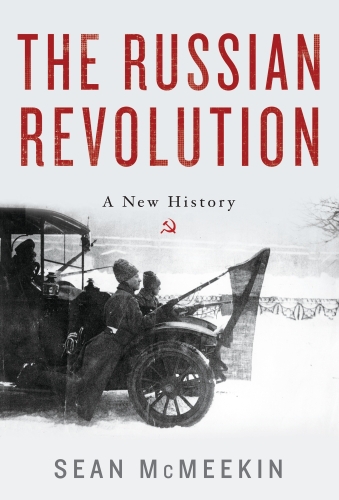 In The Russian Revolution, historian Sean McMeekin traces the origins and events of the Russian Revolution, which ended Romanov rule, ushered the Bolsheviks into power, and changed the course of world history. Between 1900 and 1920, Russia underwent a complete and irreversible transformation: by the end of these two decades, a new regime was in place, the economy had collapsed, and over 20 million Russians had died during the revolution and what followed. Still, Bolshevik power remained intact due to a remarkable combination of military prowess, violent terror tactics, and the failures of their opposition. And as McMeekin shows, Russia's revolutionaries were aided at nearly every step by countries like Germany and Sweden who sought to benefit--politically and economically--from the chaotic changes overtaking the country.
The first comprehensive history of these momentous events in a decade, The Russian Revolution combines cutting-edge scholarship and a fast-paced narrative to shed new light on a great turning point of the twentieth century.