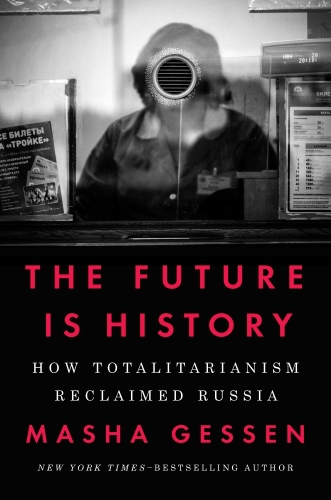 The Future Is History

@20@Longlisted for the 2017 National Book Award in Nonfiction@21@@16@@16@@20@Putin@12@s bestselling biographer reveals how, in the space of a generation, Russia surrendered to a more virulent and invincible new strain of autocracy.@95@#160;@21@ @16@@16@Hailed for her @95@ldquo;fearless indictment of the most powerful man in Russia@95@rdquo; (@18@The@19@ @18@Wall Street Journal@19@), award-winning journalist Masha Gessen is unparalleled in her understanding of the events and forces that have wracked her native country in recent times. In @18@The Future Is History@19@, she follows the lives of four people born at what promised to be the dawn of democracy. Each of them came of age with unprecedented expectations, some as the children and grandchildren of the very architects of the new Russia, each with newfound aspirations of their own@95@mdash;as entrepreneurs, activists, thinkers, and writers, sexual and social beings. @16@@16@Gessen charts their paths against the machinations of the regime that would crush them all, and against the war it waged on understanding itself, which ensured the unobstructed reemergence of the old Soviet order in the form of today@12@s terrifying and seemingly unstoppable mafia state. Powerful and urgent, @18@The Future Is History@19@ is a cautionary tale for our time and for all time.