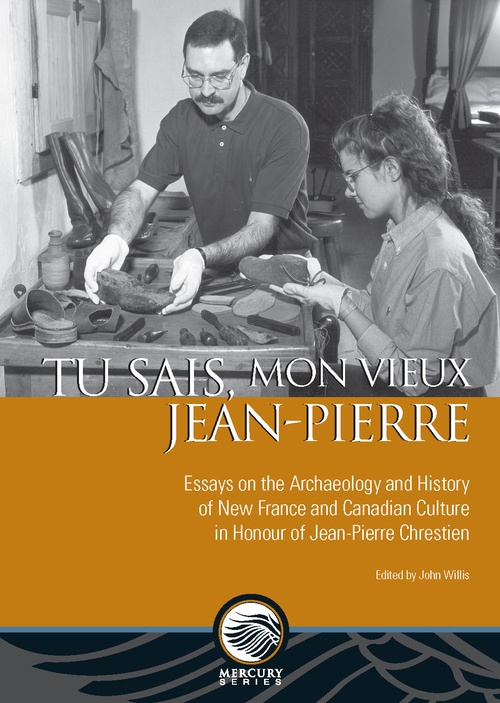 Tu sais, mon vieux Jean-Pierre is inspired by the work of archaeologist Jean-Pierre Chrestien (1949-2008), who worked hand-in-glove with a generation of researchers in helping to unearth unexpected and always interesting aspects of New France.

Contributions focus first upon the door to New France in the Gulf of St. Lawrence, Newfoundland and Acadia. A second set of essays move further up the St. Lawrence and into the heartland of the continent.

The final section examines aspects of Canadian culture: popular art, religion and communication. The essays share a curiosity for material culture, a careful regard for detail and nuance that forms the grain of New France studies, and sensitivity to the overall context that is part and parcel of how history
proceeds on the local or regional scale.

Happily we can now dispense with old-fashioned and facile generalizations about the allegedly absent bourgeoisie, the purportedly deficient commercial ethic of the habitants and the so-called underlying military character of the colony and get down the business of understanding real people and their possessions in context.