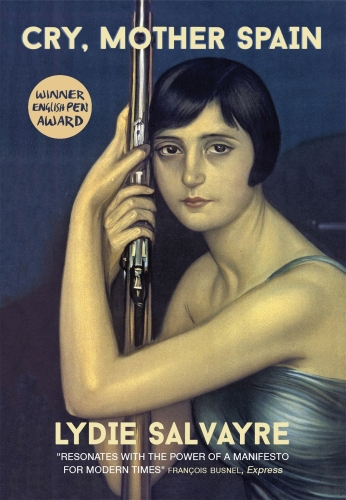 Aged fifteen, as Franco's forces begin their murderous purges and cities across Spain rise up against the old order, Montse has never heard the word fascista before. In any case, the villagers say facha (the ch is a real Spanish ch, by the way, with a real spit).Montse lives in a small village, high in the hills, where few people can read or write and fewer still ever leave. If everything goes according to her mother's plan, Montse will never leave either. She will become a good, humble maid for the local landowners, muchísimas gracias, with every Sunday off to dance the jota in the church square.But Montse's world is changing. Her brother José has just returned from Lérida with a red and black scarf and a new, dangerous vocabulary and his words are beginning to open up new realms to his little sister. She might not understand half of what he says, but how can anyone become a maid in the Burgos family when their head is ringing with shouts of Revolucion, Comunidad and Libertad?The war, it seems, has arrived in the nick of time.