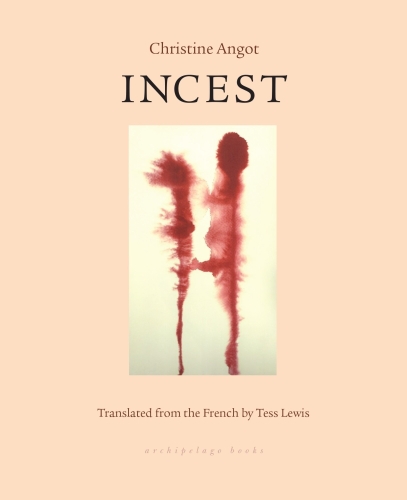 A daring novel that made Christine Angot one of the most controversial figures in contemporary France recounts the narrator's incestuous relationship with her father. Tess Lewis's forceful translation brings into English this audacious novel of taboo.@16@@16@The narrator is falling out from a torrential relationship with another woman. Delirious with love and yearning, her thoughts grow increasingly cyclical and wild, until exposing the trauma lying behind her pain. With the intimacy offered by a confession, the narrator embarks on a psychoanalysis of herself, giving the reader entry into her tangled experiences with homosexuality, paranoia, and, at the core of it all, incest. In a masterful translation from the French by Tess Lewis, Christine Angot's @18@Incest@19@ audaciously confronts its readers with one of our greatest taboos.