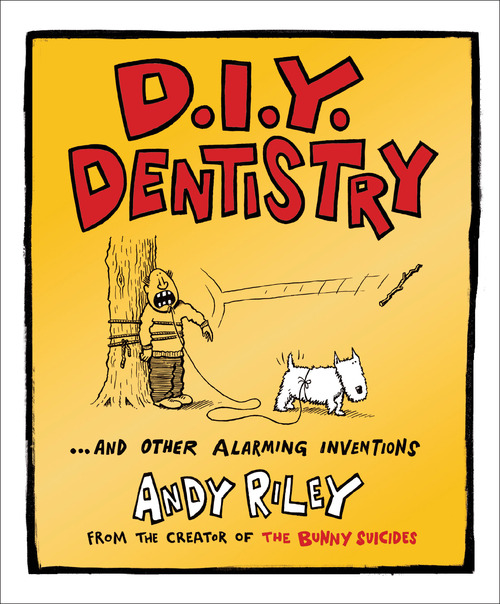 DIY Dentistry and Other Alarming Inventions

Deranged devices and comic contraptions from the highly inventive genius behind the hilarious Book of Bunny Suicides
Much like his hero, Renaissance man Leonardo da Vinci, bestselling author Andy Riley is not just an artist (or a liar)?he?s an inventor. Imagine, if you will:
Â· The easily assembled Pole-Dancing-Club-in-a- Briefcase for stranded businessmen
Â· Christmas tree ornaments that provide surveillance to instantly tell Santa if you?ve been bad or good
Â· A high-speed police response unit aptly named the Cop Catapult
Â· The Arsehole Trap, which can clear an average size town of arseholes in a single day with its promise of Big Brother auditions Like a twenty-first-century Rube Goldberg on the wrong mix of meds, Andy Riley has created elaborate inventions that are often side-splittingly sociopathic and never short of patently hysterical.