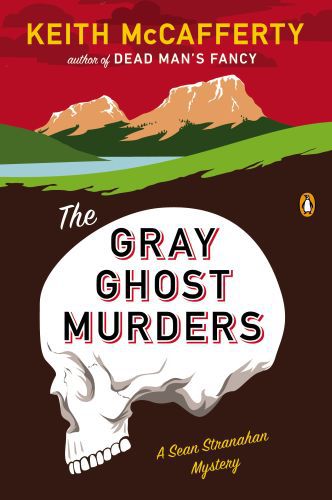 'Truly wonderful. . . . A mystery that unfolds with grace and humor against a setting of stunning beauty and danger.' -'Nevada Barr, New York Times bestselling author of the Anna Pigeon Mysteries
Award-winning Field & Stream writer Keith McCafferty caused a splash amongst mystery lovers and fly-fishermen alike with his debut novel, The Royal Wulff Murders. Now McCafferty is back-'and so is fly-fisherman, painter, and sometime private detective Sean Stranahan. When a search dog discovers the bear-ravaged remains of two elderly men on Sphinx Mountain, Sheriff Martha Ettinger suspects murder. Meanwhile, Stranahan has been hired by the Madison River Liars and Fly Tiers Club, a group of eccentric fishermen, to find a valuable Gray Ghost fly stolen from their clubhouse. Could the theft be connected to the gray ghosts who haunt Sphinx Mountain? To find out, Stranahan will cross arms with some of the most powerful people in Madison Valley, in a novel that is sure to capture new fans for one of the mystery genre's rising stars.