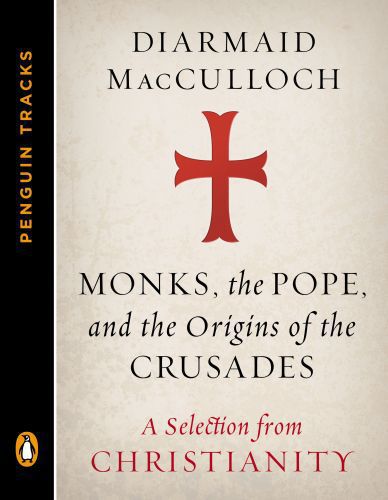 Monks, the Pope, and the Origins of the Crusades

A fascinating history of the growth in monastic and papal power that preceded the Crusades-'excerpted from Diarmaid MacCulloch's award-winning New York Times bestseller, Christianity: The First Three Thousand Years.
A product of electrifying scholarship conveyed with commanding skill, Diarmaid MacCulloch's Christianity: The First Three Thousand Years stretches from the Greek Platonists and the origins of the Hebrew Bible to the present and encompasses the globe. In this excerpt, MacCulloch chronicles the rise of monasteries like the great Cluny Abbey, which formed orders that reached across secular kingdoms, enjoying exclusive papal privileges and encouraging their followers to make pilgrimages among towering cathedrals and far-flung shrines. Meanwhile, the introduction of the tithe, expanding control over marriage, and a new emphasis on Purgatory brought penitent parishioners even closer to the Church and dependent on ministry. By the time Pope Urban II launched the First Crusade, the practice of indulgences had made possible his grant that all who died in a state of repentance and confession while fighting would gain immediate entry into heaven. Holy War spawned whole new orders, most famously the Knights Templar and the Knights Hospitaller, as soldiers from across Europe joined the campaigns of conquest toward Jerusalem. The many causes and consequences of these clashes between Christianity and Islam are captured here in illuminating detail with elegance and wit.
Diarmaid MacCulloch's latest book, Silence: A Christian History, is available from Viking.