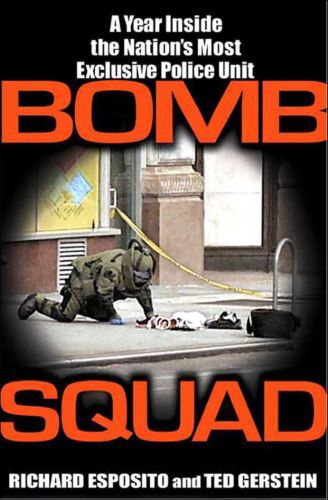 An unprecedented behind-the-scenes look at the men who protect us from the most frightening prospect of life in the age of terrorism
"In my mind it's all business; I don't worry about my family, I don't worry about a function that I'm doing after work, I just worry about what's at hand. And what's at hand is that package." --Detective First Grade Joe Putkowski, NYPD Bomb Squad
The New York City Police Department Bomb Squad is the oldest such squad in the nation, founded in 1903. Each year its thirty-three members make more than two hundred stress-filled "bomb runs," in which they check suspicious briefcases, defuse hand grenades, and even respond to "art" projects constructed with real explosives. The public rarely sees these men--and when they do, it's usually from a distance, telephoto pictures of helmeted figures in ninety-pound suits of Kevlar armor.
Starting on December 31, 2003, in the heart of the New Year's Eve action in Times Square, journalists Richard Esposito and Ted Gerstein had exclusive access to the nation's most elite police unit for an entire year. Their often chilling, never-before-told tales from the front line provide an extraordinary view of the domestic war on terrorism.