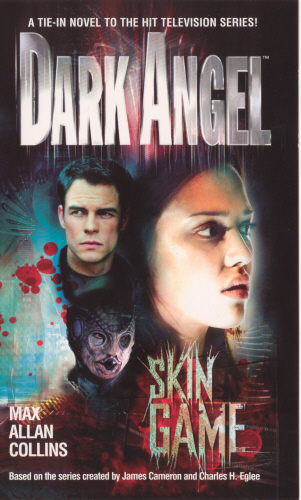 If you don't know the show: take one kick-ass, bike-riding genetically-modified girl, created in a government laboratory to become the perfect soldier. Let her escape from the lab and put her on the streets. Throw in more genetically-modified 'siblings' who she tries to locate and pit them against sinister and corrupt government forces. Light torch paper, stand back.If you do know the show: this novel fills in some of the gaps from the ten years between Max's escape from Manticore in 2009 and her current adventures in Seattle in 2019. We meet for the first time Original Cindy, Sketchy, Kendra and Normal, as well as Lydecker and Logan Cale.We see Max working as a cat-burglar in Los Angeles, and then moving to Seattle where she meets various figures from her past and future, and gets involved with a multi-millionaire art collector. The book culminates in a thrilling confrontation at the top of the Seattle Space Needle, where one of Max's siblings dies in order to save her.