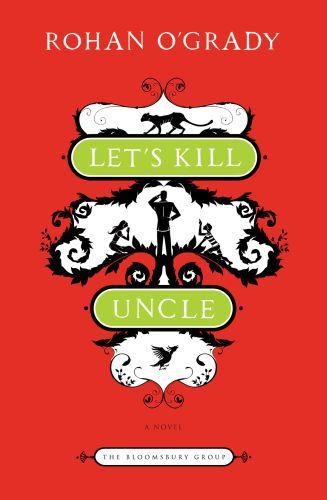 When recently-orphaned Barnaby Gaunt is sent to stay with his uncle on a beautiful remote island off the coast of Canada, he is all set to have the perfect summer holiday. Except for one small problem: his uncle is trying to kill him.
Heir to a ten-million-dollar fortune, Barnaby tries to tell everyone and anyone that his uncle is after his inheritance, but no one will believe him. That is, until he tells the only other child on the island, Chrissie, who concludes that there is only one way to stop his demonic uncle: Barnaby will just have to kill him first. With the unexpected help of One-Ear, the aged cougar who has tormented the island for years, Chrissie and Barnaby hatch a fool-proof plan.
Playful, dark and witty, Let's Kill Uncle is a surprising tale of two ordinary children who conspire to execute an extraordinary murder - and get away with it.