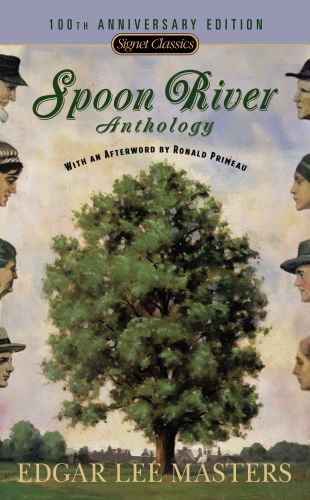 In 1915, Edgar Lee Masters published a book of dramatic monologues written in free verse about a fictional town called Spoon River, based on the Midwestern towns where he grew up. The shocking scandals and secret tragedies of Spoon River were immediately recognized by readers as authentic. Masters raises the dead "sleeping on the hill" in their village cemetery to tell the truth about their lives, and their testimony topples the American myth of the moral superiority of small-town life. Spoon River, as undeniably corrupt and cruel as the big city, is home to murderers, drunkards, crooked bankers, lechers, bitter wives, abusive husbands, failed dreamers, and a few good souls. The freshness of this masterpiece undiminished, Spoon River Anthology remains a landmark of American literature.
With an Introduction by John Hollander and an Afterword by Ronald Primeau