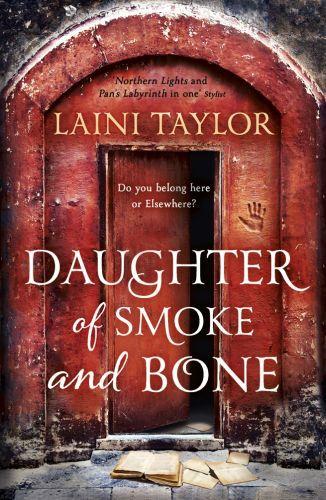 Daughter of Smoke and Bone

The world crossing, boundary breaking fantasy phenomenon for fans of Philip Pullman and Neil Gaiman.Errand requiring immediate attention. Come.The note was on vellum, pierced by the talons of the almost-crow that delivered it. Karou read the message. 'He never says please', she sighed, but she gathered up her things. When Brimstone called, she always came. In general, Karou has managed to keep her two lives in balance. On the one hand, she's a seventeen-year-old art student in Prague; on the other, errand-girl to a monstrous creature who is the closest thing she has to family. Raised half in our world, half in 'Elsewhere', she has never understood Brimstone's dark work - buying teeth from hunters and murderers - nor how she came into his keeping. She is a secret even to herself, plagued by the sensation that she isn't whole.Now the doors to Elsewhere are closing, and Karou must choose between the safety of her human life and the dangers of a war-ravaged world that may hold the answers she has always sought.'Remarkable and beautifully written . . . The opening volume of a truly original trilogy.' GUARDIAN