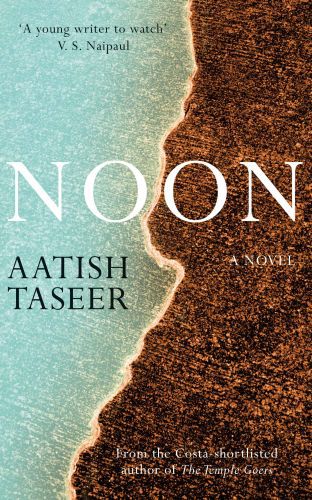 Noon is a profound and far-reaching novel set amidst two decades of convulsive change in the ‘new’ New World, with at its core a man whose heart is split across two cultures’ troubled divide. Rehan Tabassum has grown up in a world of nascent privilege in Delhi. His mother is a self-made lawyer and her new husband a wealthy industrialist, their lives the embodiment of a dazzling, emergent India. But there is a marked absence in Rehan’s life: his father, Sahil Tabassum, who remains a powerful shadow across the border in Pakistan. Written with insight and passion, this is an electrifying, often surprising story of a young man coming of age alongside the two countries out of which he was born, as Rehan travels through lands of sudden wealth and hidden violence, in a frequently toxic atmosphere of political quicksand and moral danger, towards the centre of his father’s world. In the book’s final section – a thrilling piece of storytelling set in a sinister port in Pakistan and one of the more remarkable endings in modern fiction – Noon confirms its place as a major work of fiction from a writer uniquely placed to bear witness to some of the most urgent questions of our times. Praise for The Temple-Goers ‘Naipaul’s praise israre enough to be notable; and Taseer lives up to it . . . among the sharpest and best-written fictions about contemporary India’ Independent ‘A coolly accomplished, pulsating account of modern-day Delhi’ Guardian