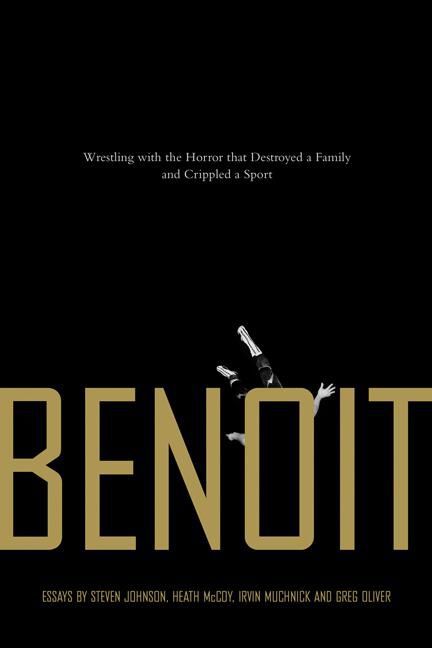 In the wake of the horrific double-murder suicide, four noted wrestling writers grapple with the life and death of Chris Benoit in this book by Steven Johnson, Heath McCoy, Irvin Muchnick, and Greg Oliver, all respected investigative journalists committed to looking at this terrible event with integrity and passion. All four authors have been interviewed extensively about the Benoit situation, including by CNN and Fox.

The book will discuss the subject from distinct perspectives:
- The media's coverage of the story and the role of the media in the story itself will be covered by Steven Johnson.
- Heath McCoy establishes the facts of the case and examines Benoit's Alberta wrestling roots.
- Irvin Muchnick gives his opinion on the pop-cultural relevance and the place of this tragedy in wrestling's dark history.
- Greg Oliver discusses the Benoit story in the context of the pro-wrestling industry and personal correspondence with Benoit.