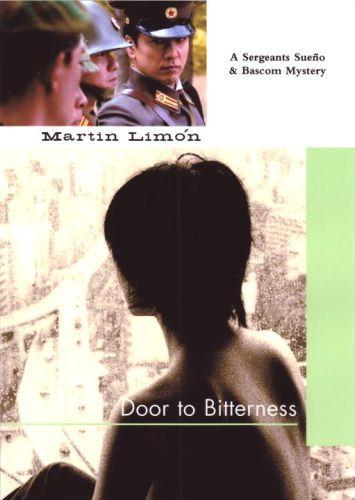 The Door to Bitterness

Praise for Martin Limón:
Its great to have these two mavericks back. . . . Mr. Limón writes with gruff respect for the culture of Seoul and with wonderful bleak humor, edged in pain, about GI life in that exotic city.--The New York Times Book Review Combining the grim routine of a modern police procedural with the cliff-hanging action of a thrilling movie serial . . . full of sharp observations and unexpected -poignancy.--The Wall Street Journal Sueño and Bascom are two of the most memorable sleuths in the modern mystery canon.--The Plain Dealer The writing is plain and sinewy, the characterizations are quietly brilliant, and the moral vision is as cold as a Seoul bar girls gaze.--The Oregonian The pair of GI cops Martin Limón first introduced in Jade Lady Burning, a New York Times Notable Book of the Year, are back with a vengeance in their latest adventures in Seoul and the sin cities surrounding the capital in the 1970s. While North Korea menaces and Vietnam burns, these two weave through back alleys and bordellos, trying to tip the scales of justice back in the right direction.
This time they are not only pursuing criminals, theyre chasing themselves. Homicidal thieves have gotten hold of Sueños badge and are using it to lull their victims just long enough to strike--with his gun. That they are murderers makes it that much worse for the dynamic duo. The army wants its equipment accounted for and the ID and weapon recovered. George and Ernie want to recover their reputation, such as it is. And stop the killings.
Martin Limón is the author of numerous short stories starring his army police duo, as well as three novels. The Door to Bitterness is the fourth in the Sueño-Bascom series, after Jade Lady Burning, Slicky Boys, and Buddhas Money.
From the Hardcover edition.