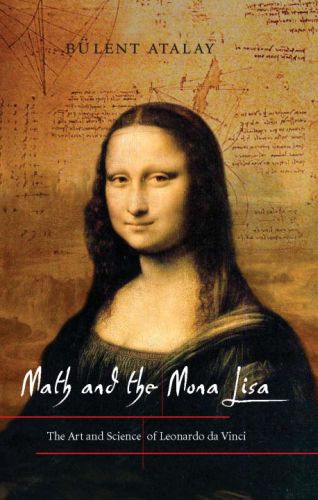 Math and the Mona Lisa

Leonardo da Vinci was one of history's true geniuses, equally brilliant as an artist, scientist, and mathematician. Readers of The Da Vinci Code were given a glimpse of the mysterious connections between math, science, and Leonardo's art. Math and the Mona Lisa picks up where The Da Vinci Code left off, illuminating Leonardo's life and work to uncover connections that, until now, have been known only to scholars.
Bülent Atalay, a distinguished scientist and artist, examines the science and mathematics that underlie Leonardo's work, paying special attention to the proportions, patterns, shapes, and symmetries that scientists and mathematicians have also identified in nature. Following Leonardo's own unique model, Atalay searches for the internal dynamics of art and science, revealing to us the deep unity of the two cultures. He provides a broad overview of the development of science from the dawn of civilization to today's quantum mechanics. From this base of information, Atalay offers a fascinating view into Leonardo's restless intellect and modus operandi, allowing us to see the source of his ideas and to appreciate his art from a new perspective.