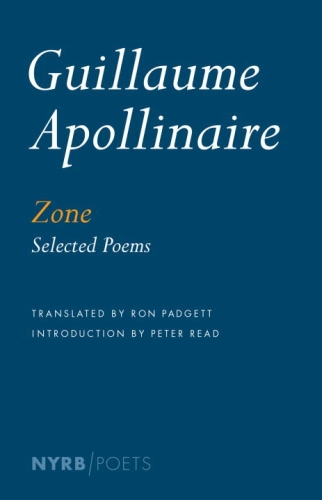 Zone is the fruit of poet-translator Ron Padgett’s fifty-year engagement with the work of France’s greatest modern poet. This bilingual edition of Apollinaire’s poetry represents the full range of his achievement from traditional lyric verse to the pathbreaking visual poems he called calligrams, from often-anthologized classics to hitherto-untranslated gems, from poems of cosmic breadth to a poem about his shoes. Including an introduction by the distinguished scholar Peter Read, helpful endnotes, a preface, and an annotated bibliography by Padgett, this new edition of Apollinaire stands out not only for its compact and judicious selection of the essential poems but also as the work of an important American poet. The Washington Post has said, “No praise can be too high for Ron Padgett’s translations.”