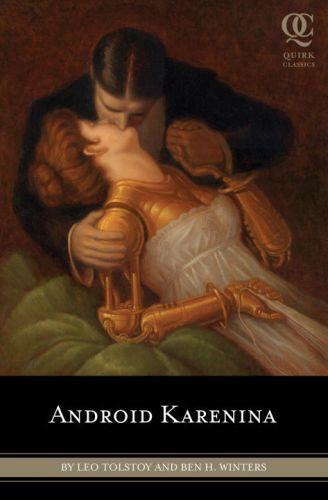 It’s been called the greatest novel ever written. Now, Tolstoy’s timeless saga of love and betrayal is transported to an awesomer version of 19th-century Russia. It is a world humming with high-powered groznium engines: where debutantes dance the 3D waltz in midair, mechanical wolves charge into battle alongside brave young soldiers, and robots--miraculous, beloved robots!--are the faithful companions of everyone who’s anyone. Restless to forge her own destiny in this fantastic modern life, the bold noblewoman Anna and her enigmatic Android Karenina abandon a loveless marriage to seize passion with the daring, handsome Count Vronsky. But when their scandalous affair gets mixed up with dangerous futuristic villainy, the ensuing chaos threatens to rip apart their lives, their families, and--just maybe--all of planet Earth.
From the Trade Paperback edition.