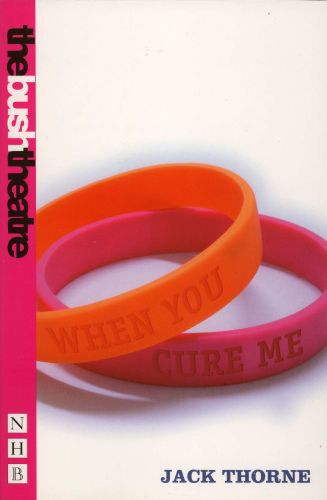 When You Cure Me (NHB Modern Plays)

A painful – and painfully funny – play about being very young and in love – and coping with serious illness at the same time. Rachel and Peter are seventeen. They have been going out for six months. It's love's young dream. Then Rachel gets ill – seriously ill. She doesn't want her mum to fuss; she doesn't want Alice to pretend she's her best friend; and she certainly doesn't want Alice's boyfriend telling bad jokes at her bedside. The only person she wants is Peter, but Peter doesn't know what it is that he wants. When You Cure Me premiered at the Bush Theatre, London, in 2005. 'In one of the year's finest pieces of new writing... a compassionate, gripping portrait of a fledgling relationship that is asked to bear more than many well-established marriages' Evening Standard 'painstakingly honest... acutely observant of the petty rivalries and jealousies that sickness provokes' Guardian '[has] a merciless precision... a brave piece of writing that, with its damaged and angry heroine, unflinchingly shows us not a vision of saintly suffering, but a far more engagingly human struggle for survival' The Times