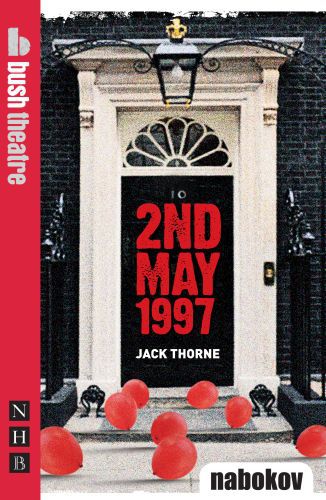 A smouldering play about escaping the past, seizing the present and owning the future.
2nd May 1997. An historic victory. The Tories, eighteen years in power, are defeated as New Labour sweeps into government. From the euphoria and despair, three deeply personal stories emerge.
Tory MP Robert prepares to attend the count. With defeat looming large, he fears becoming a forgotten man, while his wife Marie counts the cost of her own sacrifice to politics. Lib Dem footsoldier Ian is no hero, but party-crasher Sarah is determined to make him one. Best mates Jake and Will wake up with a new world order to memorise before their A-level Politics class. Jake dreams of Number 10. Will dreams of Jake.
'rising playwright Jack Thorne takes us back in time with such quiet profundity and verve you get a burst of inspiration to match the uplift of those distant days' - Telegraph