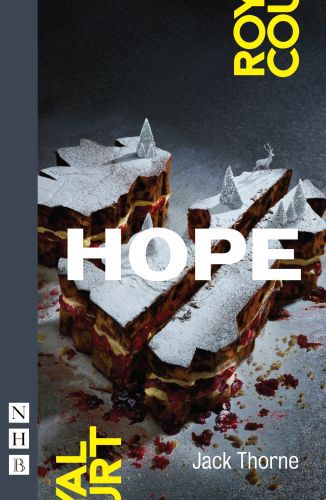 An urgent political play from the writer behind Let The Right One In and This is England '86. Hope is a funny and scathing fable attacking the squeeze on local government. How do you save twenty-two million pounds? Mark and Hilary, the leaders of the Council, are about to find out. Jack Thorne's Hope premiered at the Royal Court Theatre, London, in November 2014. 'valuable and timely... a sunburst of optimism' - Daily Telegraph 'a surprisingly entertaining state-of-the-nation drama'- The Stage 'mischievous without being strident, combining pensiveness and wry humour' - Evening Standard 'sharp yet generous-spirited... [Hope] earns its final glow of optimism by being a critical, hard-edged play that is not a cynical one... it's rather beautiful' - The Times 'Jack Thorne's play about local authority cuts could not be more timely: what is equally important is that it entertains even as it offers a call to arms... [Hope] is part of a valuable tradition in combining the residual optimism of David Hare with the preoccupation with process of David Edgar. But it exists on its own terms and is particularly good on edgy personal relationships... it resonantly lives up to its title' - Guardian