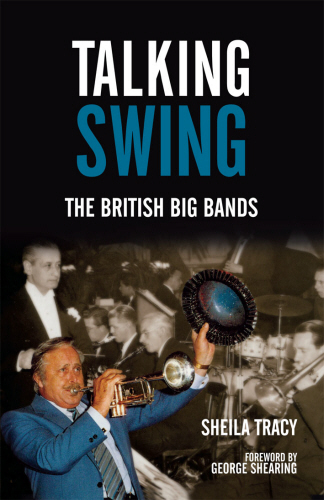 From Palace to Palais, the musicians who played in the big bands tell their own stories, bringing to life an unforgettable era.Pre-war reminiscences give an insight into a never-to-be-forgotten era, when London's nightclubs were the haunts of the aristocracy and of royalty, and the Prince of Wales would jump at any opportunity to play drums with the resident band. The elegant world of top hat, white ties and tails has gone for ever, but in Talking Swing the musicians relive those nights when they played for as long as the customers wanted to dance - often into the early hours of the morning. Out of London, there were the variety tours, where the band was top of the bill and there wasn't an empty seat in the house.The problems faced by British musicians during the war years, when London's society bands continued to play throughout the Blitz, were enormous, and they are vividly portrayed in Talking Swing.Amongst those recalled are Ambrose, Jack Hylton, Geraldo, Ted Heath and Syd Lawrence, who took over when almost everyone else had packed it in and who kept on swinging against all odds. This was the golden age of the big bands, and the story of those days is told by the men and women who made the music.