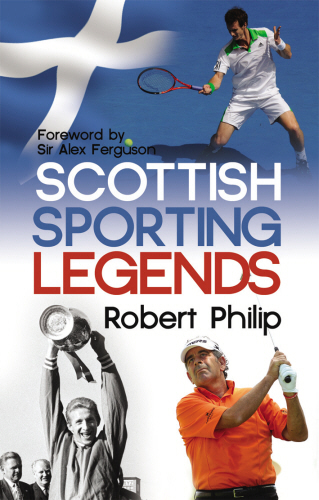 Scotland may not have won a World Cup (yet!), but many of the country's sportsmen and women are revered as global legends, including Olympic and US Open champion Andy Murray and winner of six Olympic gold medals, Sir Chris Hoy. In football, the likes of Denis Law, 'Slim' Jim Baxter and Jimmy 'Jinky' Johnstone would not have looked out of place in the canary yellow of Brazil, while managers Sir Matt Busby, Bill Shankly and Jock Stein have become part of football folklore, as has Sir Alex Ferguson in more recent times.Amazingly, Scots have reached the top in just about every major sport: Jim Clark and Sir Jackie Stewart in Formula One; Andy Murray in tennis; Ken Buchanan and Benny Lynch in the boxing ring; Chris Hoy in cycling; sprinters Allan Wells and Eric Liddell on the Olympic track; and, as befits a nation renowned as 'the home of golf', Sandy Lyle was recognised as the greatest player on the planet upon winning the Masters in 1988.Scottish sport is the richest of tapestries and in Scottish Sporting Legends the cream of the crop are entertainingly profiled in a revealing collection of pen portraits of stars past and present.