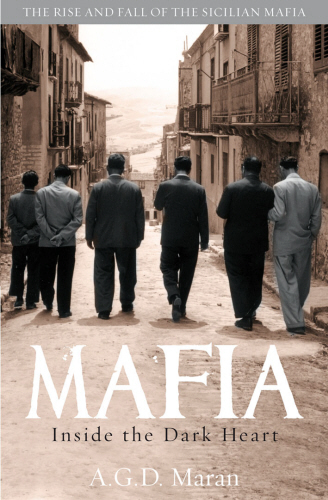 The pre-dawn arrests of the last remaining mafiosi in December 2008 signalled the end of the Sicilian Mafia as we know it. In Mafia: Inside the Dark Heart, A.G.D. Maran charts the complete history of the world's most infamous criminal organisation, from its first incarnation as an alternative form of local government in the Sicilian countryside and arguable force for 'good' to the more familiar form that has been immortalised in films such as The Godfather, and its final defeat after a long-awaited change of attitude by the Italian government.The author has used his many Italian contacts and a decade of exhaustive research to bring to life the story of the Sicilian Mafia while also exploring the links to the Cosa Nostra in America. Along the way, he asks many provocative questions, including: Why was Lucky Luciano, the father of modern organised crime, freed from a life sentence in America and deported to Italy, allowing him to organise the international drug trade?
Was the Mafia involved in the death of Pope John Paul I?
Why did the Mafia murder Roberto Calvi, known as God's Banker?
What is the relationship between the Mafia and Freemasonry?
Why did successive Italian governments fail to tackle the Mafia?
Why did it take 40 years to find the Last Godfathers?These and many other riveting issues are covered in Maran's refreshing new take on a perennially enthralling subject.