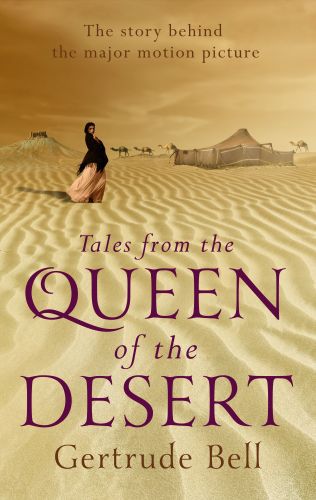 Tales from The Queen of the Desert

“And the desert has you – you and your splendid courage my queen of the desert – and my heart with you" Major Charles Doughty-Wylie Gertrude Bell CBE is rightly known as ‘The Queen of the Desert' and a new Hollywood film based on her life, featuring Nicole Kidman, James Franco, Damian Lewis and Robert Pattinson is due for release in 2015. A woman far ahead of her time, Gertrude gained a first from Oxford at a time when very few subjects were even open to women. She went on to take an active interest in politics before embarking on her one-woman travels across the Middle East. She chronicled her journeys through Iraq, Persia, Syria and beyond and her important diplomatic work, with characteristic wit and incisiveness. Despite the many achievements of her working life, sadly her personal life was marred by losing the great love of her life, Major Charles Doughty-Wylie, from which she never recovered. She died in 1926 of an apparent overdose of sleeping pills. Hesperus selects the best of her travel writing in a unique new collection