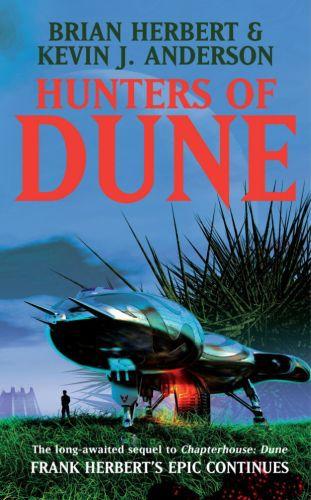 Fleeing from the monstrous Honored Matres - dark counterparts of the Bene Gesserit Sisterhood - Duncan Idaho, the military genius Bashar Miles Teg, a woman named Sheeana who can talk to sandworms, and a group of desperate refugees explore the boundaries of the universe. Aboard their sophisticated no-ship, they have used long-stored cells to resurrect heroes and villains from the past, including Paul Muad'Dib, in preparation for a final confrontation with a mysterious outside Enemy so great it can destroy even the terrible Honored Matres. And, deep in the hold of their giant ship, the refugees carry the last surviving sandworms from devastated Arrakis, as they search the universe for a new Dune.