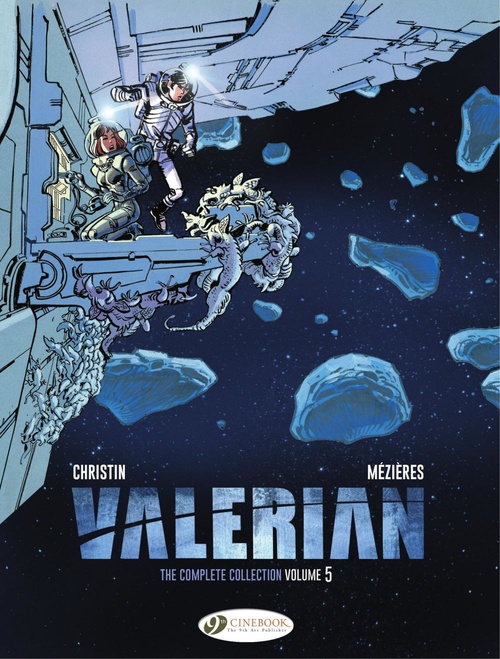 Fifth volume of the collection, and it's almost a new series that
begins, without ever losing any of what makes its strength or its
charm. In this volume of the Collection you will find books 13 to 15,
and our heroes' life has been irretrievably changed with the
disappearance of future Earth and Galaxity. Lacking work, they become
freelance spies in the 80s in On the Frontiers. Lacking money,
they're reluctant arms dealers in The Living Weapons. Lacking
options, they turn investigators slash bait on corrupt Rubanis in The
Circles of Power. The apparent descent into hell of the two former
agents is the chance for the authors to study the ambiguities of our
world, either directly or through the lens of alien civilisations;
along with the ambiguity - pragmatism versus heroism - of the titular
character, saved from a fall from grace by his ever irreproachable
partner.