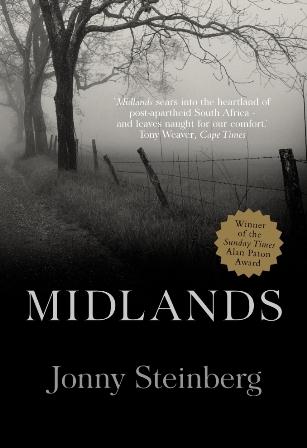 In the spring of 1999, in the beautiful hills of the KwaZulu-Natal Midlands, a young white farmer is shot dead on the dirt road running from his father's farmhouse to his irrigation fields. The murder is the work of assassins rather than robbers; a single shot behind the ear, nothing but his gun stolen, no forensic evidence like spent cartridges or fingerprints left at the scene. Journalist Jonny Steinberg travels to the Midlands to investigate. Local black workers say the young white man had it coming. The dead man's father says that the machinery of a political conspiracy has been set into motion, that he and his neighbours are being pushed off their land. Initially thinking that he is to write about an event in the recent past, Steinberg finds that much of the story lies in the immediate future. He has stumbled upon a festering frontier battle, the combatants groping hungrily for the whispers and lies that drift in from the other side. Right from the beginning, it is clear that the young white man is not the only one who will die on that frontier, and that the story of his and other deaths will illuminate a great deal about the early days of post-apartheid South Africa. Sifting through the betrayals and the poisoned memories of a century-long relationship between black and white, Steinberg takes us to a part of post-apartheid South Africa we fear to contemplate. Midlands is about the midlands of the heart and mind, the midlands between possession and dispossession, the midlands between the past and present, myth and reality. Midlands is a tour de force of investigative journalism.