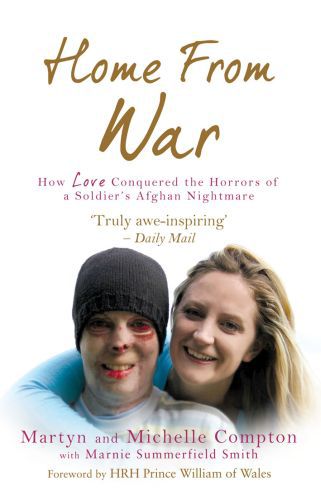 Lance Corporal Martyn Compton's life was changed beyond recognition when he was blown up in a Taliban ambush that killed three of his colleagues. His survival was described as a 'miracle', as he suffered third-degree burns to 75 per cent of his body. He endured 15 operations and doctors used shark cartilage as a base for new skin on his face.

But he did not have to face this gruelling ordeal alone. From the moment she heard of his near-fatal wounds, Martyn's fiancée Michelle Clifford found an inner strength to help them both face the future. During Martyn's treatment, Michelle kept a diary in which she revealed the innermost thoughts and emotions she wished she could relay to her wounded partner.

Home From War gives a rare insight into the story behind the headlines when soldiers die or are injured. It is also the account of Martyn's battle for adequate compensation. This exploration of how one courageous man came to terms with losing his handsome young face cannot fail to inspire.