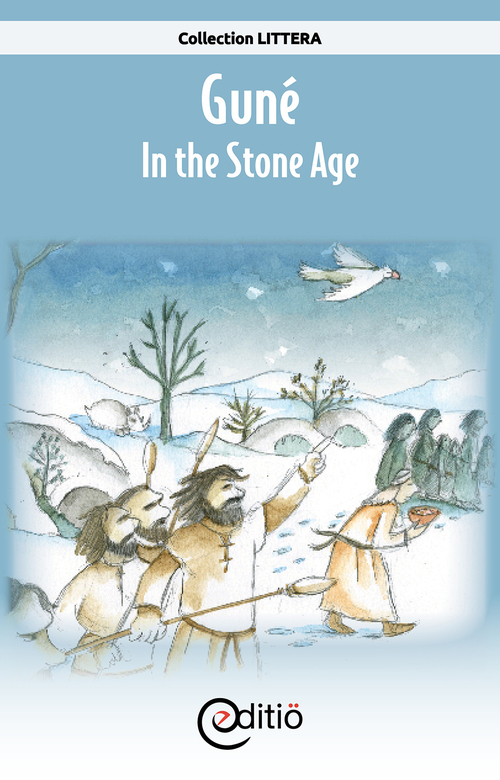 For several days the band had crouched in the shelter of the cave. Nobody dared go outside, and their food reserves were getting low. Soon, they would run out of firewood. Despite the fairly high flames, the cold persisted, numbing their limbs. Outside, it was dark, for the sun had set. Yesterday, they had all watched a magical spectacle: White feathers falling from the sky. They'd always known rain, colourless, drinkable and stored in gourds before it disappeared into the ground.But now a woolly layer covered earth and plants. When the wind had got up, the white powder had swept into the cave and nearly extinguished the fire. The braver ones had gone out and roared and waved their spears at the clouds, to no avail.The women had rounded up the children and covered them with a bearskin. Under the animal fur, Oumh and his sister Guné had shivered all night from cold and fear.