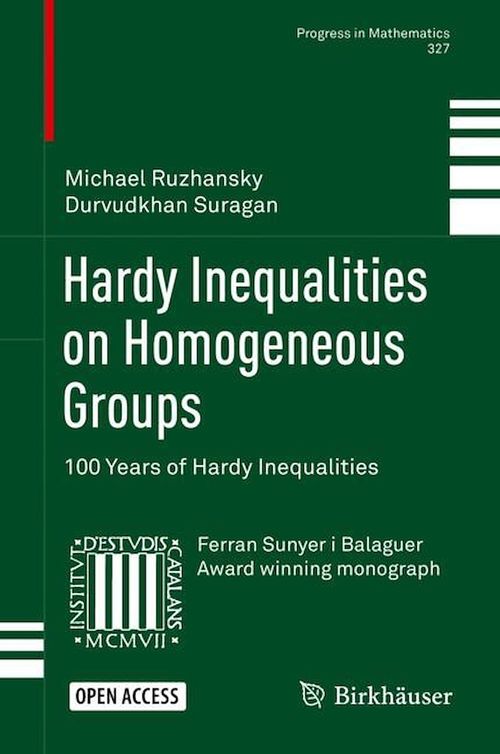 This open access book provides an extensive treatment of Hardy inequalities and closely related topics from the point of view of Folland and Stein's homogeneous (Lie) groups. The place where Hardy inequalities and homogeneous groups meet is a beautiful area of mathematics with links to many other subjects. While describing the general theory of Hardy, Rellich, Caffarelli-Kohn-Nirenberg, Sobolev, and other inequalities in the setting of general homogeneous groups, the authors pay particular attention to the special class of stratified groups. In this environment, the theory of Hardy inequalities becomes intricately intertwined with the properties of sub-Laplacians and subelliptic partial differential equations. These topics constitute the core of this book and they are complemented by additional, closely related topics such as uncertainty principles, function spaces on homogeneous groups, the potential theory for stratified groups, and the potential theory for general Hrmander's sums of squares and their fundamental solutions.

This monograph is the winner of the 2018 Ferran Sunyer i Balaguer Prize, a prestigious award for books of expository nature presenting the latest developments in an active area of research in mathematics. As can be attested as the winner of such an award, it is a vital contribution to literature of analysis not only because it presents a detailed account of the recent developments in the field, but also because the book is accessible to anyone with a basic level of understanding of analysis. Undergraduate and graduate students as well as researchers from any field of mathematical and physical sciences related to analysis involving functional inequalities or analysis of homogeneous groups will find the text beneficial to deepen their understanding.