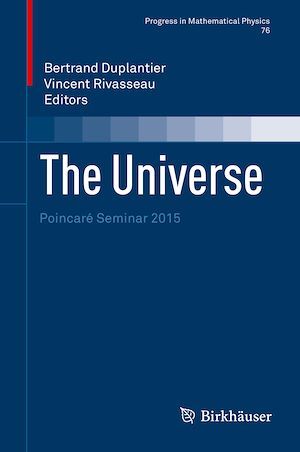 This volume provides a detailed description of some of the most active areas in astrophysics from the largest scales probed by the Planck satellite to massive black holes that lie at the heart of galaxies and up to the much awaited but stunning discovery of thousands of exoplanets. It contains the following chapters:
o  Jean-Philippe UZAN, The Big-Bang Theory: Construction, Evolution and Status

o  Arnaud CASSAN, New Worlds Ahead: The Discovery of Exoplanets
Reinhard Genzel and Andrea Ghez shared the 2020 Nobel Prize in Physics "for the discovery of a supermassive compact object at the centre of our galaxy'", alongside Roger Penrose "for the discovery that black hole formation is a robust prediction of the general theory of relativity". The book corresponds to the twentieth Poincaré Seminar, held on November 21, 2015, at Institut Henri Poincaré in Paris.

Originally written as lectures to a broad scientific audience, these four chapters are of high value and will be of general interest to astrophysicists, physicists, mathematicians and historians.