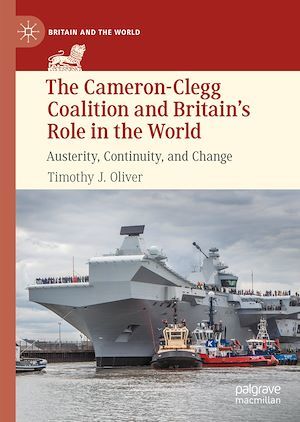 The Cameron-Clegg Coalition and Britain's Role in the World

This is the first in-depth study of the foreign and defence policies of the Coalition, a government that saw the Conservatives restored to power for the first time since the Iraq War and the Liberal Democrats enter government for the first time. It explores the idea of Britain as a `Great Power' since 1945 to show how the Coalition's policies fitted into wider historical understandings of Britain's role in the world. Drawing on a range of evidence from the time of the Coalition, it shows that this period was one of continued change in British foreign policy. The Coalition conducted the first strategic defence review since 1998, significantly reduced the funding allocations for defence and foreign affairs, raised overseas aid spending to record levels, engaged in overseas military action in two sovereign states (and were denied a chance to participate in another), as well as a wide array of other policies. This book argues that evaluating these events and the historical background of the Coalition is critical to understanding the current crises gripping British politics.