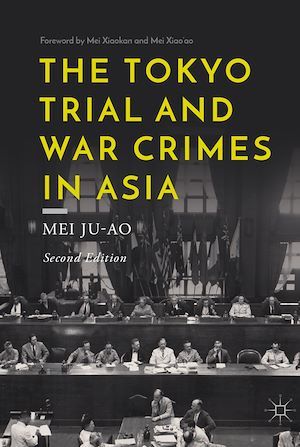 The Tokyo Trial and War Crimes in Asia

The book examines the process and the impact of the International Military Tribunal for the Far East (IMTFE), otherwise known as the Tokyo Trial, which was convened in 1946 to try the Japanese leaders accused of committing war crimes during World War II. Offering valuable research materials, it studies the lessons learned from the failed attempt after World War I, and the background and establishment of the IMTFE. It elaborates on the Charter, the Indictment, the Proceeding Records, and the Judgment of the IMTFE, with an emphasis on principles of international law and other legal questions, often with reference to the Nuremberg Trial. It also discusses the structure and different parts of the court organization, the selection and prosecution of Class-A war criminals, and the trial procedures especially those relating to evidence. The author's personal experience and his criticism of certain aspects of the Tokyo Trial make it most insightful for the reader. From the perspective of a Chinese judge, this unique text brings in the dimensions of both international law and international relations, and allows us to measure the significance and legacy of the Tokyo Trial for contemporary international criminal justice. The author's manuscript of this book was written in Chinese in the mid-1960s as part of a larger project, and was initially published in 1988. This is the first time that this book has been translated into English.