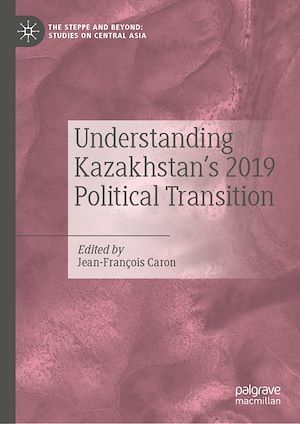 The final page in the political history of the Soviet Union was turned on March 19, 2019, when Nursultan Nazarbayev, the last former Chairman of a Soviet Republic who had managed to stay in power following the collapse of USSR, unexpectedly decided to resign. This edited book looks to analyse the political aspects of this event more specifically by trying to understand its political significance for the country's policies, the prospects of democratisation, the uniqueness of the transition compared with others that have previously occurred in the region and how it may play an influential part in future political transitions in this part of the world.  This book will interest scholars of authoritarian politics, scholars of Central Asia, and those researching the Belt and Road Initiative.